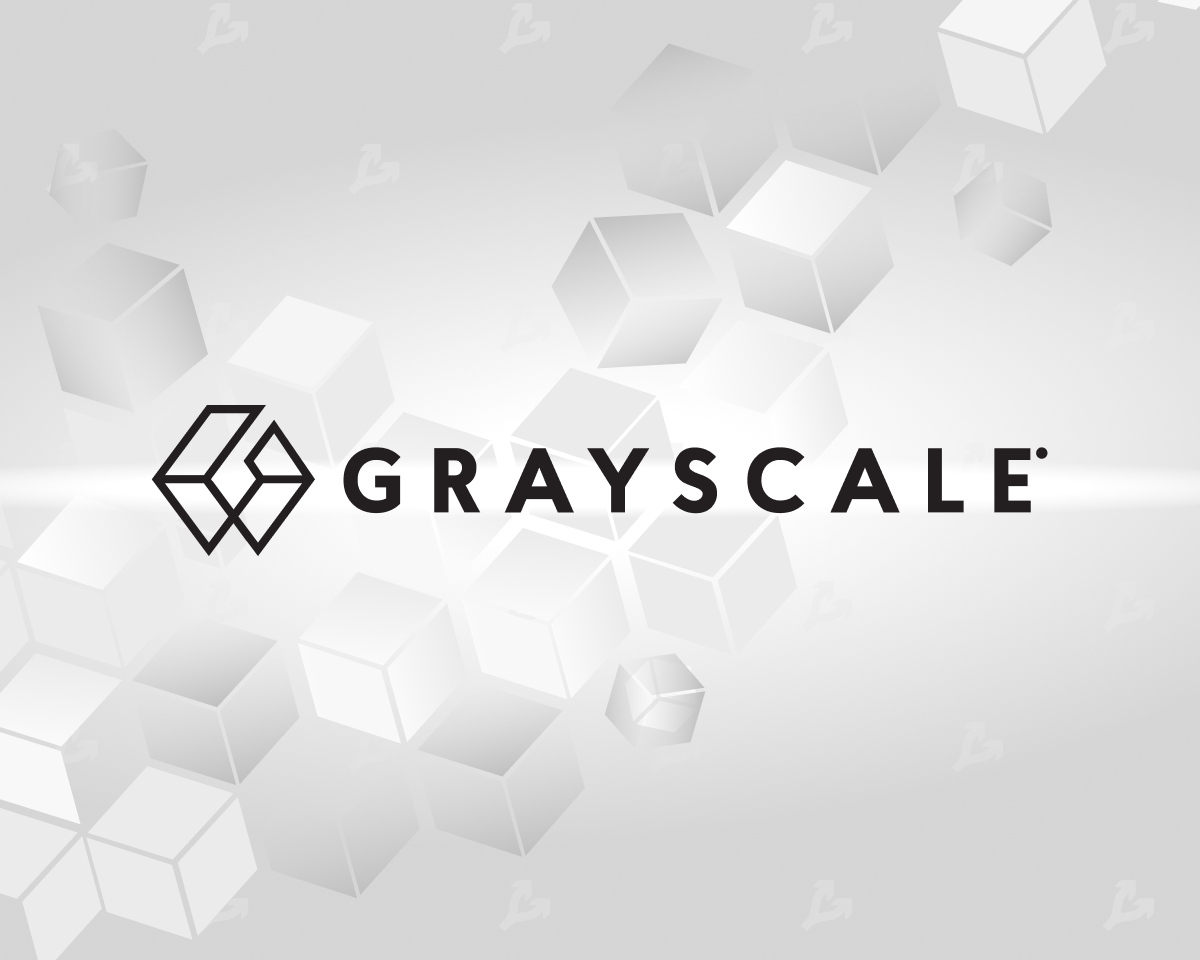 The inflow of investments in cryptocurrency funds Grayscale Investments in the fourth quarter totaled a record $ 3.26 billion.

Over the year, the volume of assets under the management of Grayscale Investments grew from $ 2 billion to $ 20.2 billion. 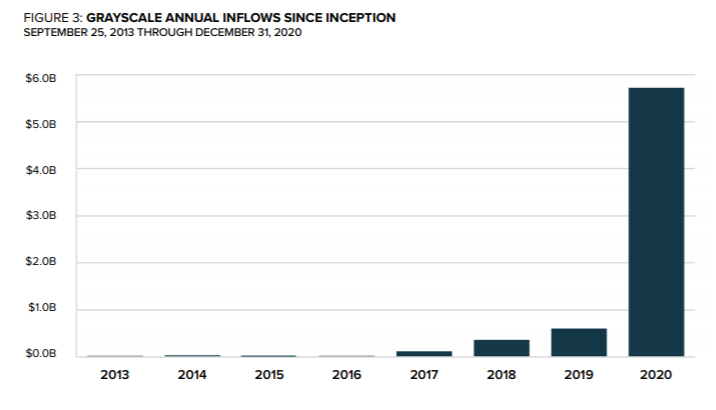 On average, new investments per week amounted to $ 250.7 million, of which the Grayscale Bitcoin Trust (GBTC) accounted for $ 217.1 million, the Grayscale Ethereum Trust (ETHE) – $ 26.3 million. The volume of client funds in altcoin-based trusts reached $ 1 billion 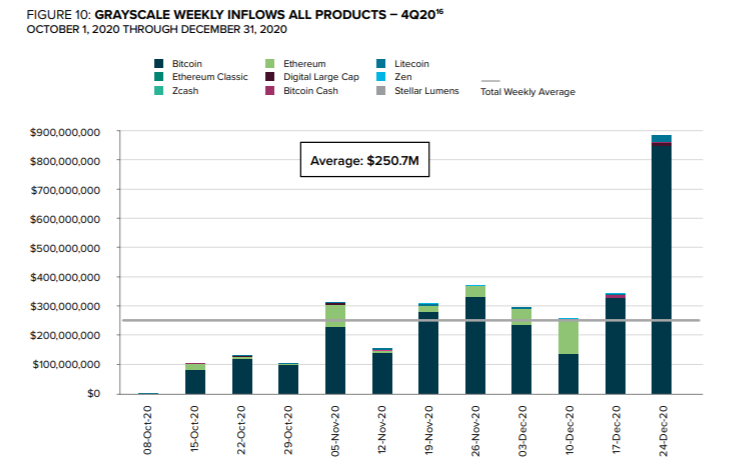 Clients’ positions in the Grayscale bitcoin trust during 2020 increased from $ 1.8 billion to $ 17.5 billion. The increase in GBTC in the fourth quarter was proportional to 194% of the Bitcoin issue for the corresponding period.

Institutional investors have increased the average investment. The indicator more than doubled from $ 2.9 million in July-September to $ 6.8 million in October-December. Institutions accounted for 93% of the inflow of funds in the fourth quarter (87% came from GBTC). 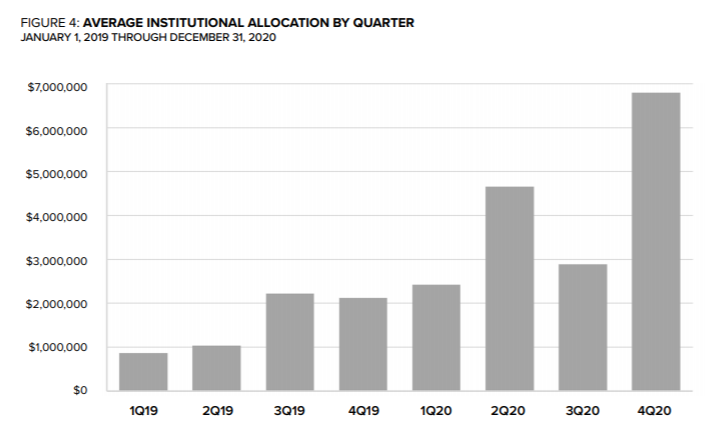 The remaining cash flow for Grayscale products came from accredited investors, family offices and retirement funds. The USA accounted for 45% of the total. 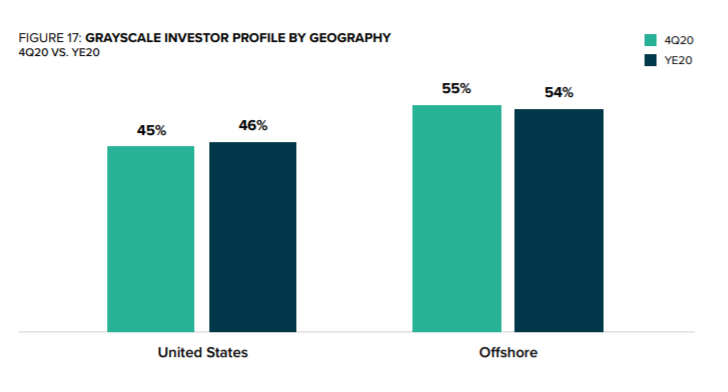 According to the latest data, the total value of assets managed by Grayscale Investments was $ 27.7 billion.

01/14/21 UPDATE: Net Assets Under Management, Holdings per Share, and Market Price per Share for our Investment Products.

As a reminder, on January 12, Grayscale Investments resumed accepting deposits in several cryptocurrency funds after a suspension at the end of 2020.

Earlier, the company announced the liquidation of an investment trust based on XRP.