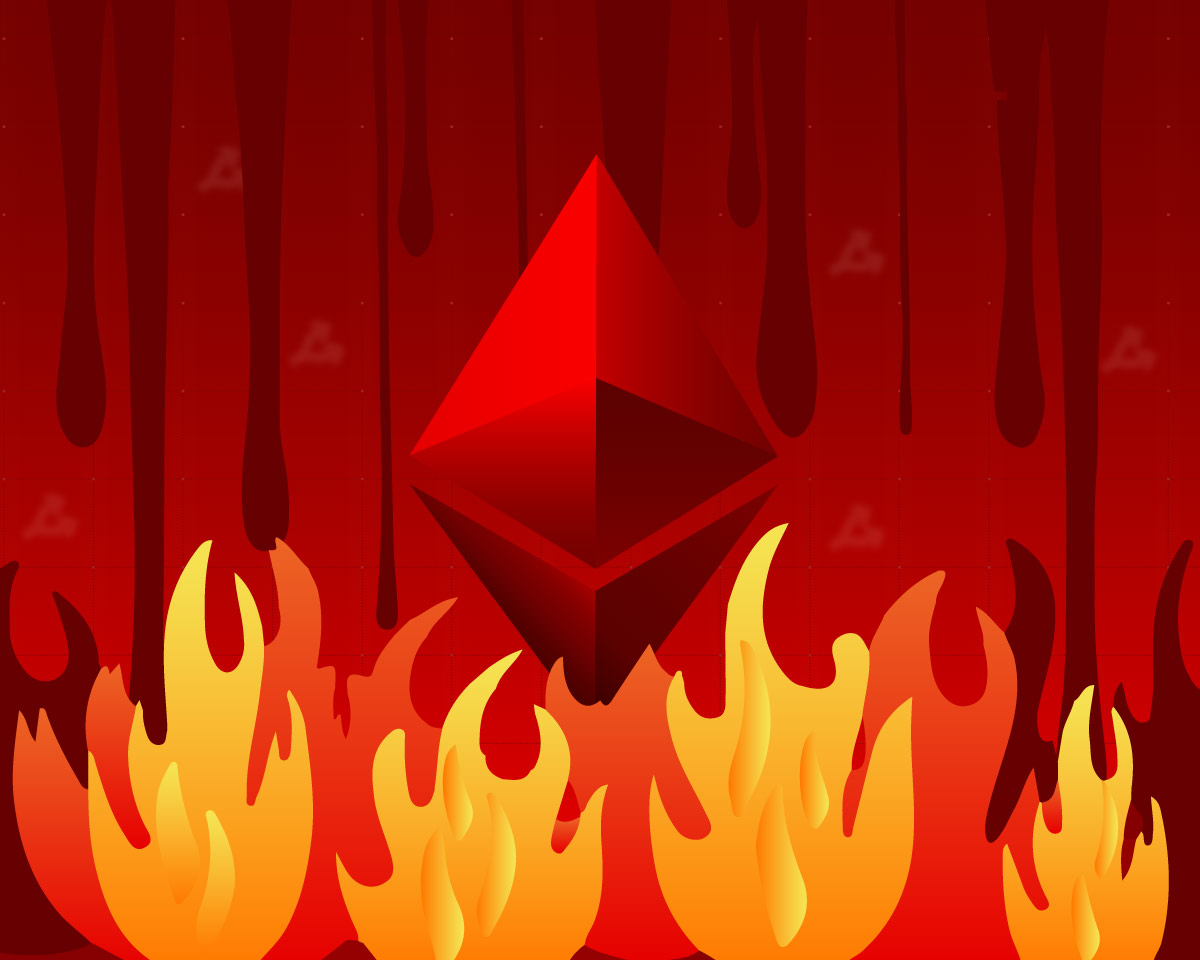 Large holders of Ethereum have created upward pressure on the rate of the second largest cryptocurrency by capitalization, follows from the data of the analytical service Glassnode.

On January 19, quotes of the second cryptocurrency in terms of capitalization exceeded the level of $ 1400, setting a new all-time high. On January 25, the Ethereum price broke the record, coming close to $ 1,500.

The number of addresses containing at least 10,000 ETH jumped to a 13-month high of 1103. The number grew by 35 addresses in January and by 75 since mid-November. 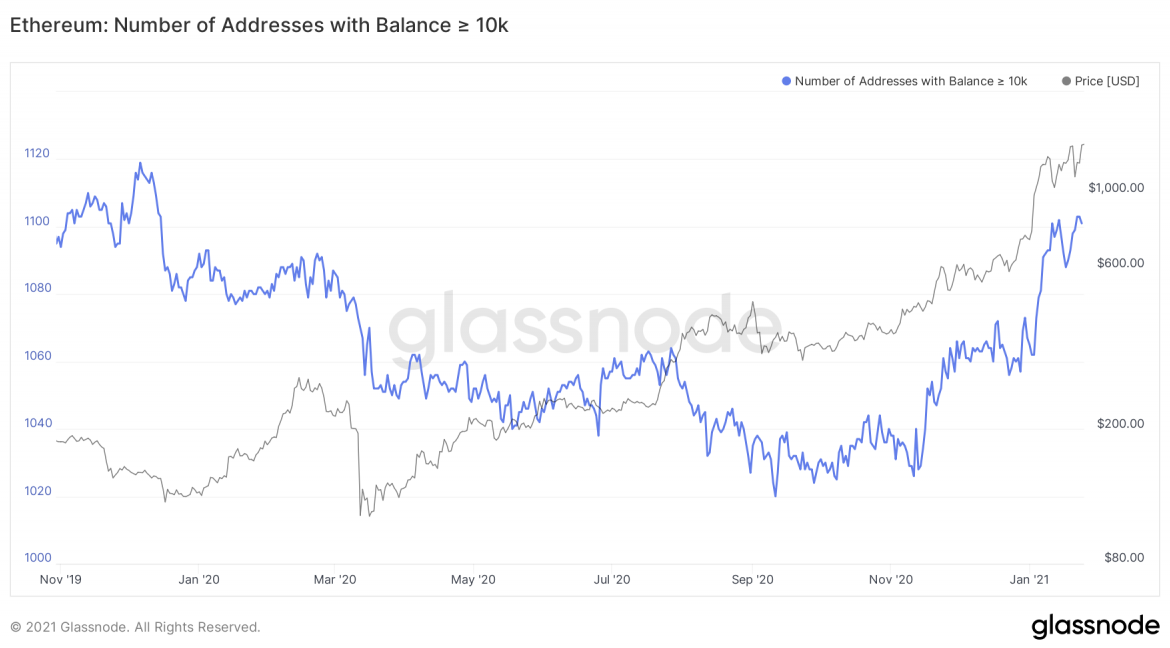 Dynamics of the number of addresses with balances over 10,000 ETH. Data: Glassnode.

Small coin holders also participated in the rally – the number of non-zero addresses containing at least 0.1 ETH rose to a new record. 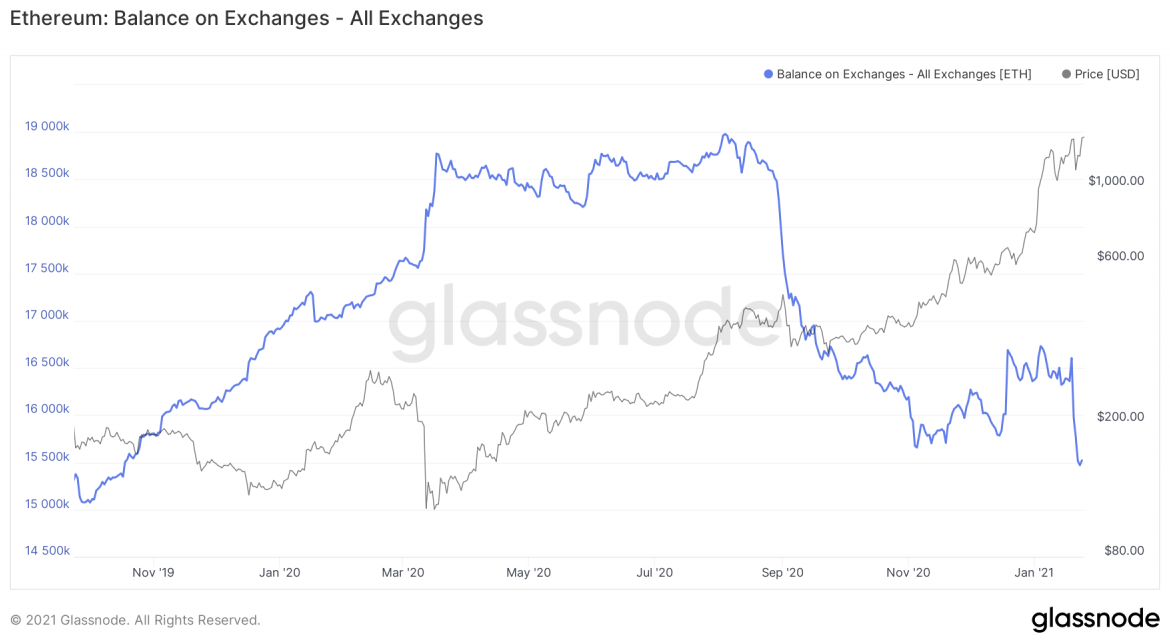 Some of the coins can go to users’ wallets, while others go to staking and various DeFi protocols. According to DeFi Pulse, the number of blocked coins in the last 15 days increased from 6.62 million to 7 million. The record value remains at 9.77 million ETH.