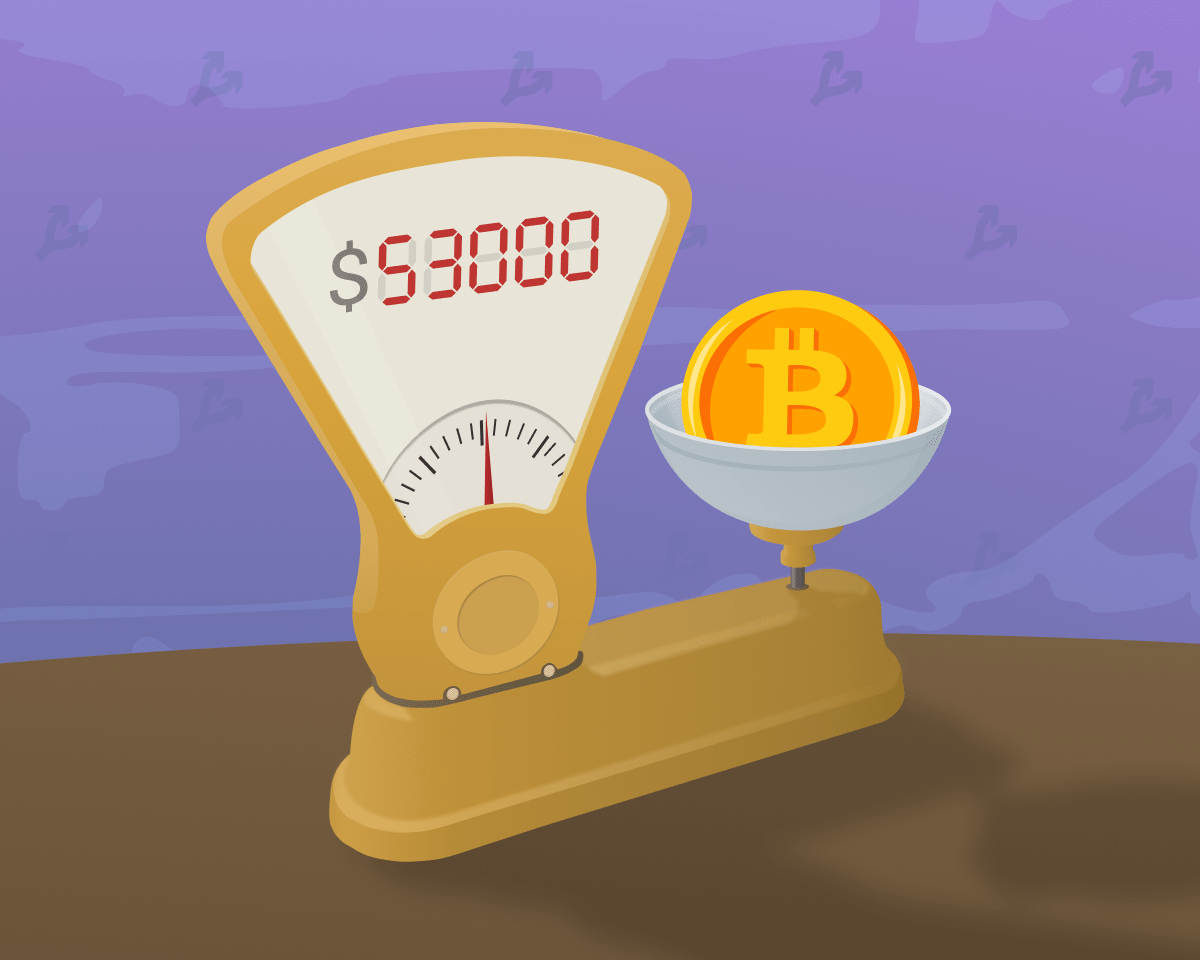 Update: the price continued to grow and the capitalization of bitcoin reached the landmark level of $ 1 trillion (CoinGecko). 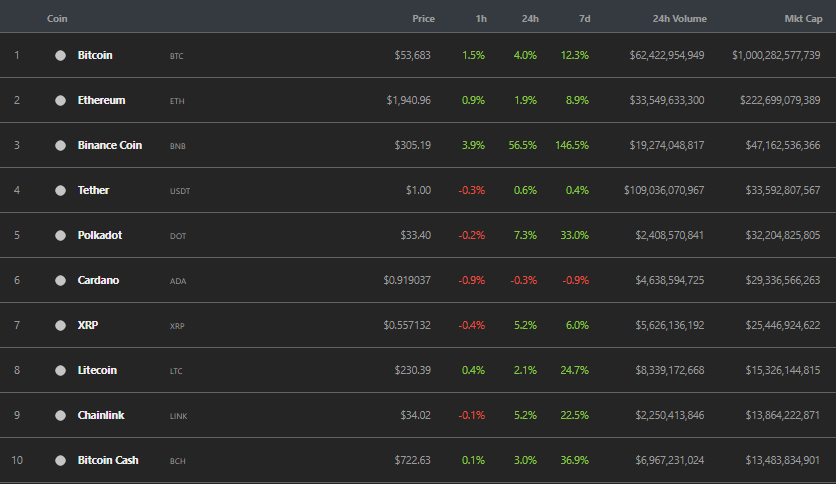 ArcaneResearch analysts previously estimated that this would happen when quotes reach $ 53,670. At the time of writing, the coin is trading at about $ 53,700 (on Bitstamp).

BTC is close to becoming a trillion-dollar asset! 💰

The trillion $ benchmark will be hit at $ 53,670 given the current circ. supply.

Against this backdrop, JPMorgan analysts suggested that digital gold will not be able to maintain the taken levels due to high volatility.

Cryptocurrency market capitalization exceeded $ 1.65 trillion. It is roughly on par with Amazon. Only three companies in the world have a higher market valuation: Saudi Aramco, Apple and Microsoft.

With the exception of Cardano, all top 10 cryptocurrencies in terms of capitalization have shown growth in the last 24 hours. Binance Coin had the fastest, which allowed the token to climb to the third line of the rating in terms of aggregate market value.

Recall, despite the pessimism regarding the short-term prospects for bitcoin quotes, investment director of Guggenheim Partners Scott Minerd revised his long-term forecast to $ 600,000.