The difference was only in the shares of commissions received and rewards for the block found. In the second largest cryptocurrency in terms of capitalization, this ratio was 52.9% against 47.1%, while in bitcoin – 13.7% against 86.3%.

The aggregate indicator of income of Ethereum miners in February increased by 65.1%, including from the validation of transactions – by 122.1%.

Bitcoin miners have earned more than in December 2017, a record year for them. This was facilitated by the rise in prices to new all-time highs… Compared to January, the indicator increased by 21.4%. 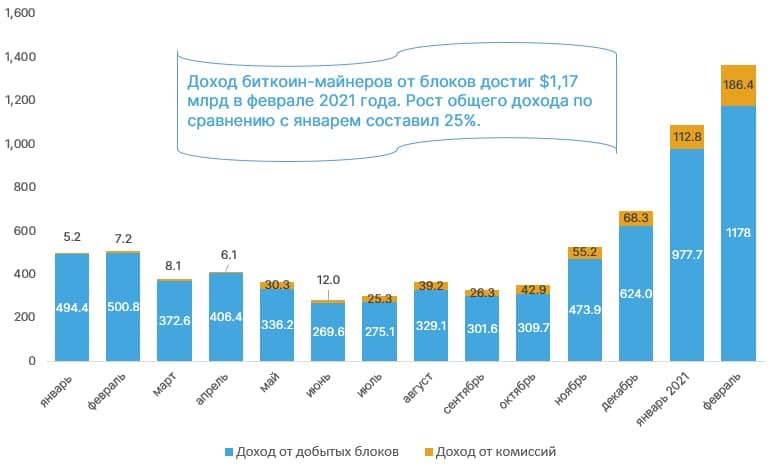 Recall that an active discussion began on the Ethereum network offers EIP-1559… It involves burning part of the transaction fees.… Because of this miners split into two opposite camps.

In the near future, ForkLog will release another review of the main events of the month – we will analyze the records of trading floors, DEX, DeFi and many other numbers, as well as whale purchases and changes in the regulatory environment.