Home Crypto Forex A stalemate for social networks in the Russian Federation: how the authorities are fighting censorship using censorship methods 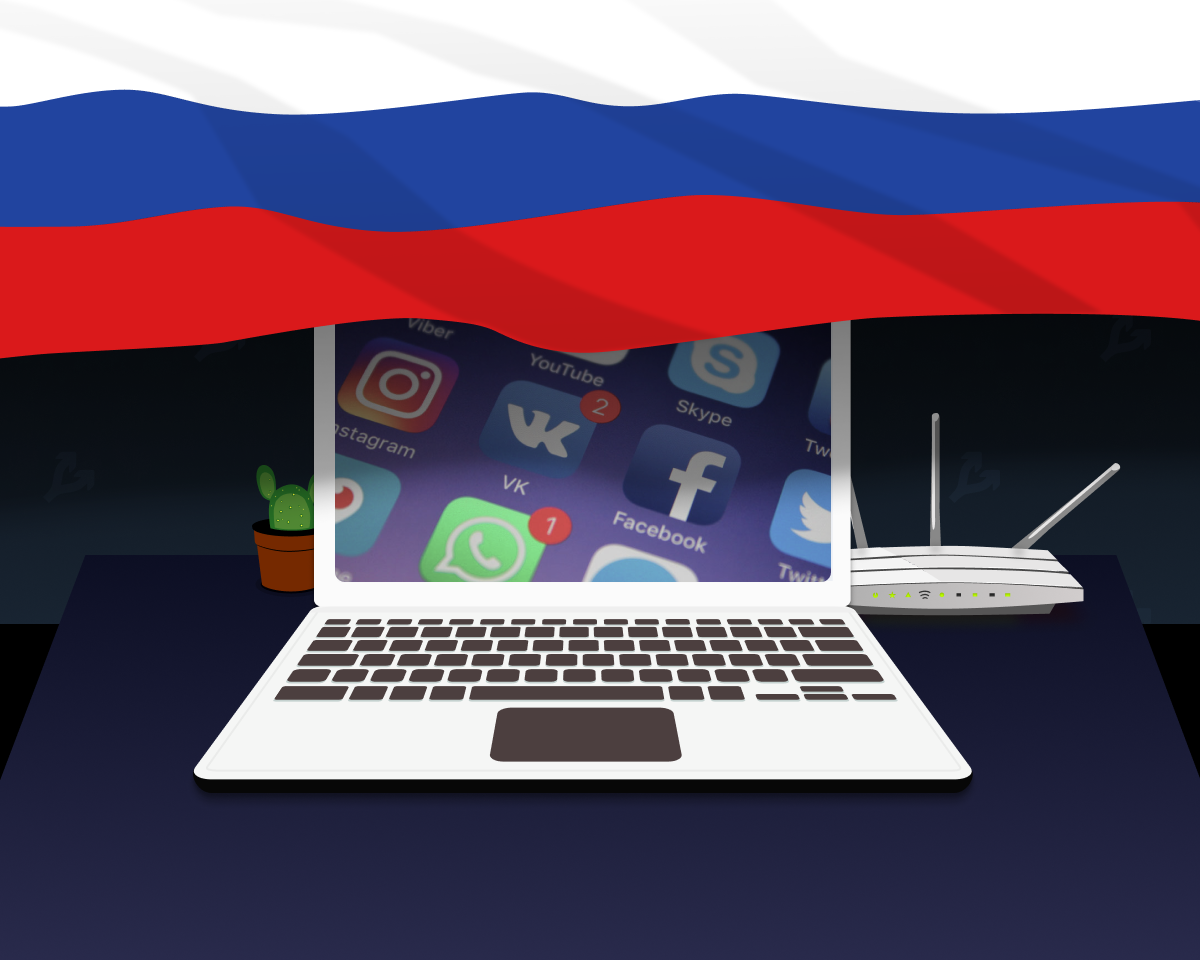 On February 1, amendments to the legislation of the Russian Federation came into force, regulating the dissemination of information on social networks. They obliged the owners of such networks to control user content and actually engage in censorship.

For companies, this means huge costs for moderation tools, but even if they are ready for this, the risk of breaking extremely vague rules will still remain, experts say.

The next stage in the development of state regulation of the Internet in Russia has a two-way direction.

On the one hand, Roskomnadzor requires the removal of locks from accounts that publish political content on Instagram, as well as from Russian media accounts and their videos on YouTube.

On the other hand, from March 10, Roskomnadzor began to slow down Twitter for failure to comply with the requirements of the recently entered into force amendments to Federal Law No. 149-FZ of July 27, 2006 “On Information, Information Technologies and Information Protection.”

We are talking about the introduction by the Federal Law of December 30, 2020 No. 530-FZ “On Amendments to the Federal Law” On Information, Information Technologies and Information Protection “Article 10.6” Features of the dissemination of information in social networks “, which entered into force on February 1, 2021 of the year.

This article contains the definition of a social network, which Twitter, as you might guess, is fully consistent.

Abbreviated as this definition, it covers any online service that meets the following criteria:

The owners of social networks are de jure and de facto obliged to exercise full control over the information disseminated by users. Article 10.6 establishes in general terms the obligation of the owner (and in fact, the operator) of the social network not to allow its use for the purpose of:

Information protected by law means state, commercial, professional and other secrets, as well as those types of information, the dissemination of which was restricted by other federal laws long before the introduction of this article.

A more detailed list is contained in the List of Confidential Information (approved by Presidential Decree No. 188 of March 6, 1997). This also includes information about persons under state protection.

However, from January 10, 2021, the Federal Law of December 30, 2020 No. 515-FZ, which came into force, will allow the state to restrict information about civil servants, their relatives, about their property, not only in the event of a threat to their life or health, but also simply in connection with their being in the civil service. This restriction naturally includes not only information about civil servants per se, but also online publications of journalistic investigations about cases of their corruption.

Moreover, general obligations are introduced to comply with the prohibitions and restrictions established by the legislation on referendum and elections.

Obviously, such a provision was included in the text of the article due to the facts established by the RKN of posting political ads on Google, YouTube and Facebook on the eve of the elections (violation of the day of silence) in the fall of 2019.

With the introduction of these restrictions and the entry into force of amendments adopted to the Federal Law of December 30, 2020 No. 482-FZ “On Amendments to the Federal Law” On Measures of Influence on Persons Involved in Violations of Fundamental Human Rights and Freedoms, Rights and Freedoms of Citizens Russian Federation ”, the owners of social networks are in a very difficult position.

This is due to the fact that now the owner can be recognized as involved in violations of fundamental human rights and freedoms, rights and freedoms of citizens of the Russian Federation in case of restriction of socially significant information on the territory of the Russian Federation (including messages and / or materials of registered media).

The main difficulty lies in the simultaneous fulfillment of two requirements at once: on the one hand, to restrict certain types of information, and on the other, not to restrict access to socially significant information.

The current legislation does not contain a definition of “socially significant information” (that is, any information can be attributed to it), and in some cases there is no specifics in the list of information to be restricted.

A kind of paradox is that deleting or banning the publication of content “just in case” in order to avoid claims of Roskomnadzor (RKN) may have the opposite effect and entail such claims.

Inconsistent enforcement does not inspire confidence either: there is a risk that, for example, materials from some media outlets that formally fall under the category of information to be restricted will be selectively removed or access to them will be restricted by the RKN, and materials from other media outlets on the same topics, but submitted in a different way, no.

In addition, the social networks themselves will have to not only more often interact with the state regulator, but also revise their processes of moderation and pre-moderation of content.

Ideally, content should be automatically pre-moderated through a software filter, after which any “controversial” content can be manually approved for publication by a moderator. However, the creation and improvement of such automatic pre-moderation systems, as well as the recruitment of additional staff of moderators, require colossal costs.

There is a practice when Internet services block the access of users from some states, including to reduce regulatory risks associated with the fulfillment of the requirements of the rules of law on the processing of personal data. In the case of social media, they can simply set up IP filters to exclude users from certain jurisdictions from their platforms.

Finally, some American Internet companies do not provide services to persons living in Crimea due to the sanctions. This means that in relation to such companies, measures should be taken to block their resources throughout the Russian Federation.

The amendments adopted in their current form represent a double-edged sword. They oblige the owners of social networks to engage in censorship, but at the same time they prohibit censorship in relation to undefined “socially significant information”.

It cannot be said that they help to maintain a balance between the protection of freedom of speech and public safety. These amendments definitely complicate further compliance with the requirements of Russian legislation, primarily by domestic representatives of the IT sector, whom the state has been trying to support for the second year without success.