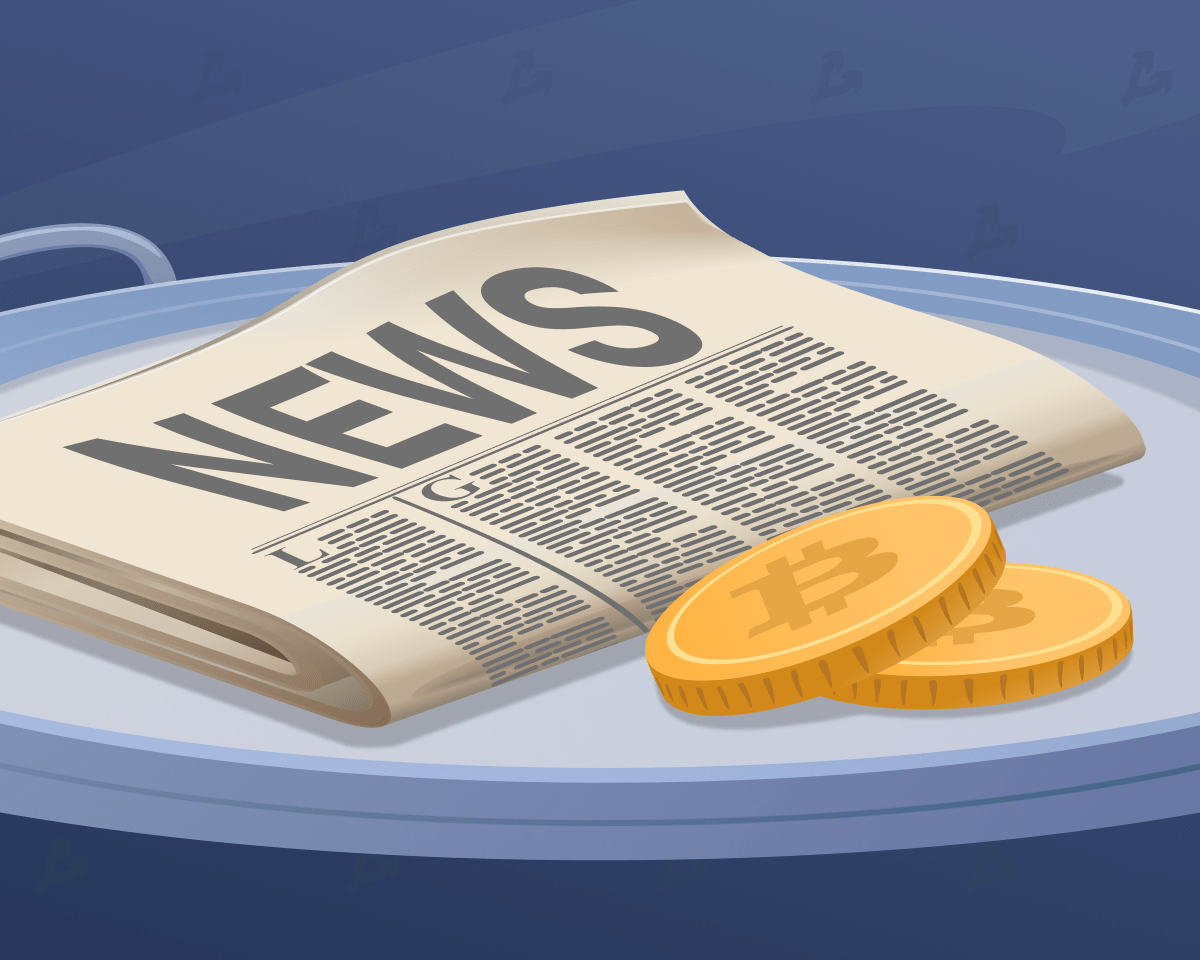 Cryptocurrency market capitalization exceeded $ 2 trillion, Ukrainian officials declared bitcoins worth billions of dollars, XRP price rose to $ 1.4 amid positive news from the court and other events of the outgoing week.

On Monday, April 5, cryptocurrency market capitalization reached $ 2 trillion for the first time. Of these, $ 1.1 trillion fell on Bitcoin, and another $ 250 billion – on Ethereum, the price of which renewed its maximum last weekend.

During the week, digital gold quotes only on Saturday, April 10, tested the $ 60,000 level, but did not fix above it.

Ethereum continued to rise and by the weekend the price approached $ 2200.

If, as a result, the second largest cryptocurrency by capitalization in the last seven days added 6.4% in price (according to CoinGecko), then the following Binance Coin and XRP in the ranking showed much more significant growth.

The BNB rate at the beginning of the week exceeded the $ 400 mark, the coin quotes increased by almost 54% over the period.

The price of the Ripple coin was growing rapidly against the backdrop of positive court decisions for the XRP issuer: first, the judge granted the company’s petition, according to which the SEC undertakes to argue its position regarding Bitcoin and Ethereum, and then rejected the regulator’s request to disclose the personal financial statements of the firm’s CEO Brad Garlinghouse and co-founder Chris Larsen …

ForkLog found out from experts how long the current XRP rally will be and what local highs it can reach in the near future.

The all-time high at $ 0.013 also updated the BTT token of the BitTorrent project, which allowed it to briefly enter the top 10 cryptocurrencies by market capitalization.

The Bitcoin dominance index in seven days has decreased by about 2% and is about 53%.

In the DeFi sector, the volume of assets blocked in protocols exceeded $ 100 billion, according to DefiLlama.

About 80% of the volume falls on the Ethereum blockchain, projects in the Binance Smart Chain (BSC) network – about 15%.

The draft law on the introduction of a tax on transactions with cryptocurrencies in the Russian Federation has not undergone significant changes by the second reading and provides for the obligation of citizens to inform the Federal Tax Service about the ownership of digital assets.

Meanwhile, experts have recorded a surge in declaring operations with cryptocurrencies by Russians. Among the possible reasons, experts named the adoption of the law “On digital financial assets”, the increased attention of the tax authorities to foreign assets of citizens and the requirements of foreign banks to confirm the source of clients’ income.

The largest number of bitcoins was recorded by the deputy of the Dnieper City Council Vyacheslav Mishalov – 18,000 BTC (more than $ 1 billion at the time of writing). He later called the data erroneous.

Among the deputies of the Verkhovna Rada of Ukraine, the leadership belongs to Anatoly Urbansky – as in the declaration for 2019, he indicated 4256 BTC and 4256 Bitcoin Cash.

After the publication of the materials, the National Agency for the Prevention of Corruption (NAPC) announced its intention to check the officials who reported on cryptocurrencies.

Khabib Nurmagomedov named the starting price of his NFTs

Mixed martial arts fighter Khabib Nurmagomedov opened a pre-order for gold and platinum cards from his own NFT collection.

The starting price of the gold card is $ 2900. In the future, its owners will be able to participate in exclusive raffles of gifts from Nurmagomedov. The circulation of gold cards is limited to 290 copies.

Platinum cards worth $ 29,000 are issued in the amount of 29 pieces. In addition to access to sweepstakes, their holders will receive a personal gift from the fighter.

The only copy of the diamond card will be sold at an auction, which starts on April 12. The starting price of NFT will be $ 290,000. Its buyer will receive a gift from Khabib Nurmagomedov in person.

Other developments in the growing segment include:

Cryptocurrency exchange Coinbase has revealed its first quarter financials. Revenue was $ 1.8 billion, and net income is estimated at $ 730- $ 800 million.

The number of verified users rose to 56 million from 43 million in the fourth quarter of last year. The monthly number of active users reached 6.1 million.

This is the best quarter in the company’s history, which is a strong argument in favor of an expected capitalization of over $ 100 billion after the direct listing, scheduled for April 14. Many observers think so.

However, according to New Constructs CEO David Trainer, this figure is overstated, and the fair value of the company is $ 18.9 billion.

The average purchase price was $ 59,339 including commissions and other expenses.

Clients of the largest UK bank HSBC reported that the institution has banned the purchase of MicroStrategy shares through its online marketplace HSBC InvestDirect (HIDC).

The bank referred to a policy change regarding “virtual currencies like Bitcoin and Ethereum and other digital assets.”

“The HSBC InvestDirect platform will not participate in the purchase and exchange of products related to virtual currencies,” the bank said in a statement.

According to media reports, Tesla and Square, which also converted some of their capital into Bitcoin, continue to trade on the platform.

According to Bitcoin Treasuries, the value of MicroStrategy’s Bitcoin assets exceeds $ 5.42 billion, which is 80% of the company’s market capitalization. Tesla and Square have this figure at 0.3% and 0.4%, respectively.

The ex-head of BitMEX surrendered to the US authorities. He was released on bail of $ 10 million

Under the terms of the agreement, he arrived in Hawaii from Singapore and was brought before a federal judge in Honolulu. Hayes was released on $ 10 million bail secured by $ 1 million in cash and obligations to his mother.

The ex-head of BitMEX will keep his passport for travel to the court in New York, which is pending the case.

Privacy-focused messenger Signal has released a beta version with support for the MobileCoin (MOB) cryptocurrency. Signal Payments is currently only available to UK residents.

Signal stressed that they do not have access to data on balances, transaction history or the funds themselves. The developers added that at any time assets can be withdrawn to third-party services.

The developers of the liquidity aggregator from 1inch decentralized exchanges have introduced an ecosystem for safe and efficient operations.

According to them, 1inch Network includes 1inch Aggregation Protocol and 1inch Liquidity Protocol. The ecosystem is governed by a decentralized autonomous organization that allows users to vote on key protocol parameters and participate in the governance of the network.

The 1inch Network also includes a development group from 1inch Labs and the 1inch foundation that issued the 1INCH token. The non-profit organization develops networks and initiatives to support the community.

According to the statement, the platform offers both spot and margin trading services and only allows qualified investors to interact with digital assets.

The launch was accompanied by the release of a report by Hindenburg Research analysts with a recommendation to “open short” on Ebang securities. They linked the announcement of the creation of the exchange with the stagnation of business and the irrational distribution of investments attracted during the IPO. As a result, the stock fell 15%.

What else to read and see

ForkLog has released a monthly report on key events in March.

Especially for ForkLog, Crystal Blockchain analyst firm has detailed the Harvest Finance hack, which became the largest incident in the DeFi segment at the end of 2020.

The magazine spoke about the most significant events in the areas of cybersecurity and artificial intelligence over the past week in traditional digests. The review of the largest investment transactions in the cryptocurrency industry spans a more significant period.

On Monday, April 5, ForkLog was visited by the coordinator of the Polkadot Ambassador Program in the Russian Federation Alex PromoTeam and its participant, PromoTeam activist Vlady Limes. They talked about the growing popularity of the Polkadot project and the experimental Kusama network.