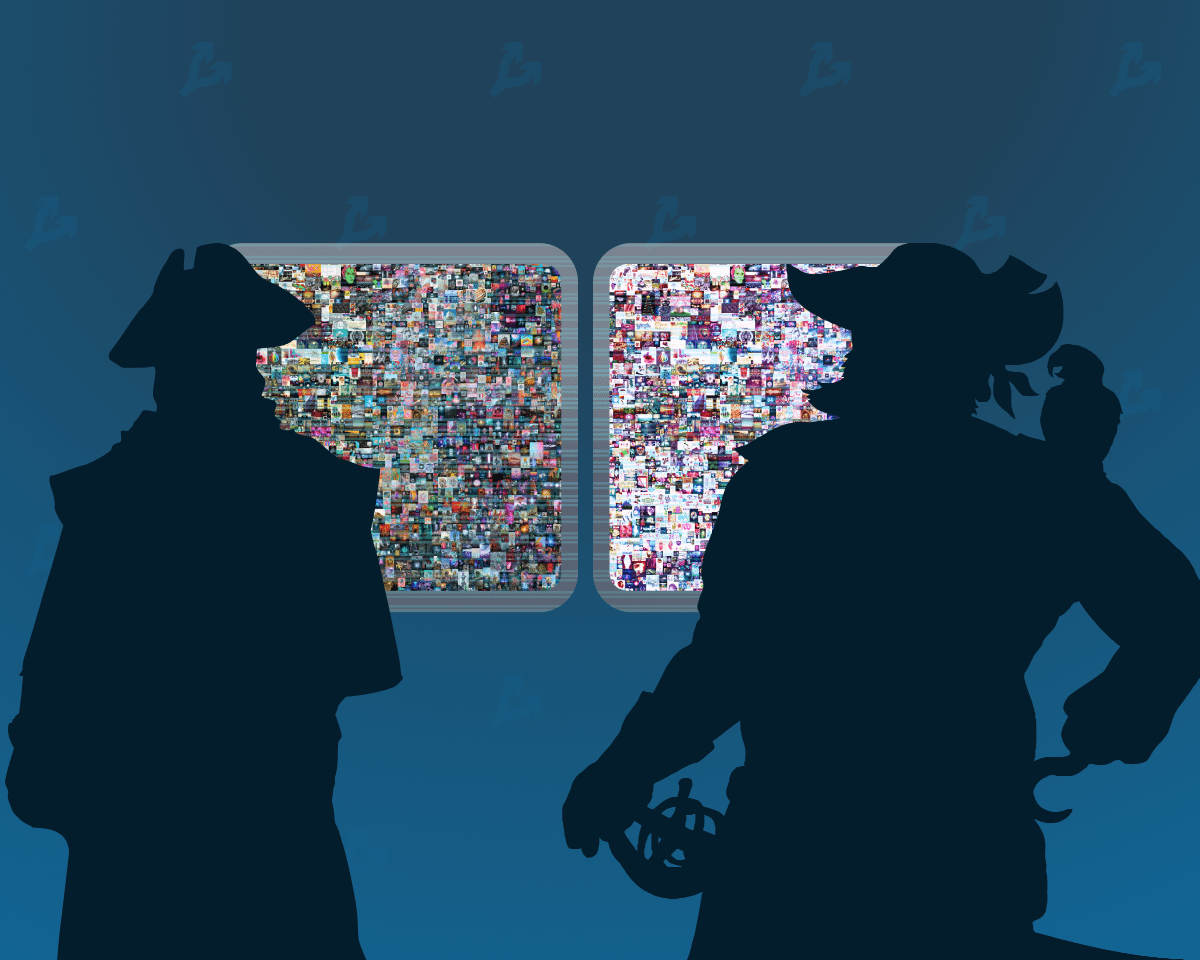 Hacker Monsieur Personne created fake copies of the most expensive NFT painting Everydays: The First 5000 Days by American artist Beeple to debunk the myth of the uniqueness and safety of tokens.

It is about forging cryptographic evidence of ownership of an original work of art.

The hacker created his own NFT on the Ethereum blockchain, which links to the same data as the real Beeple artist token. The configuration of the components of the fake NFT, its identifier and transaction history are similar to the original.

The hacker does not own the original token, but appears to be so to an outside observer. The fake is released and sent to the hacker’s wallet from the same wallet in which the original NFT Everydays: The First 5000 Days was released.

“There are no measures to prevent theft and misuse of such works of art. By my action, I want to show how ridiculous the situation with the hype around NFT is. Using the most expensive NFT as an example, I will destroy the misleading concept of its uniqueness and security, ”wrote Monsieur Personne.

The token created by the hacker does not compromise the authenticity of the original, but it will be rather difficult to distinguish it from the real painting.

“No one can deny that the NFT I created was not actually made on behalf of the artist. The creator of the token can only promise in words that he will create only one NFT for a digital asset. In fact, he can issue it as many times as he wants, in any wallet, ”added the hacker.

Monsieur Personne put up nine copies of the fake token for sale. In the future, he will play among buyers for the ownership of the very first fake NFT.

Recall that the work Everydays: The First 5000 Days was sold in March at Christie’s for $ 69.3 million. The final bid was $ 60.3 million, but the price also included commission.

The painting is a collage of thousands of Beeple’s works published online since 2007.

The identity of the token buyer was later revealed. It turned out to be the CEO of the consulting firm Portkey Technologies and the co-founder of the provider of cryptocurrency ATMs Bitaccess, Vignes Sundaresan.

Read about the ten most expensive NFTs in the ForkLog article: