The Russian ruble, having formed a bear trap, returned to the level of 72.30. So far, the market has made it clear that prices have turned in the direction of growth. The basic scenario is as follows – a rollback to the broken downward channel + horizontal lines at 72.30 and a gradual rise towards the resistance at 75.00:

The S & P500 index finally said goodbye to the horizontal at 4238.00 and actively flew down. The first level, which can delay, as well as reverse for the time of the quote, is the support level of 4030.00. Of course, it is worth remembering that breaking through the horizontal and further downward flight is also still on the agenda: 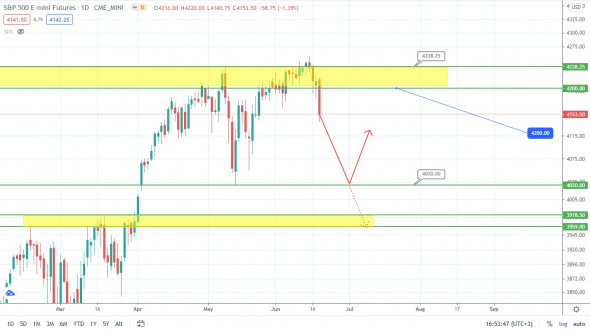 Gold broke through the horizontal at 1840.00 and flew towards the support zone formed between the levels of 1754 and 1767. So far, the situation resembles a stop in the fall with a possible upward correction: 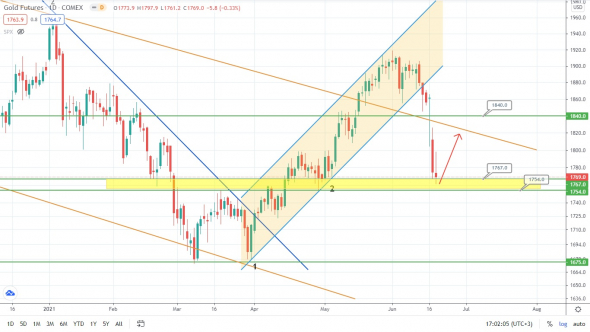